Offshore farms play an increasingly significant role in EDPR's business, as shown when the company won the auction for the operation of Mayflower Wind - a structure located off the US east coast, with an installed capacity of 2,265 MW, which is expected to start operating at the end of the 2020s.

A floating wind farm is a collection of wind turbines that sit on structures out at sea, allowing them to harness wind resources and generate electricity in places where water is too deep for fixed-foundation turbines. These innovative farms also permit equipment of a standard model and size further lowering product costs.

EDPR, through a joint venture, is developing 25 MW project off the coast of Portugal, which will be a flagship project in the innovative sector and will contribute to the development, standardization and manufacturing improvement of multi-MW modular floating platforms. 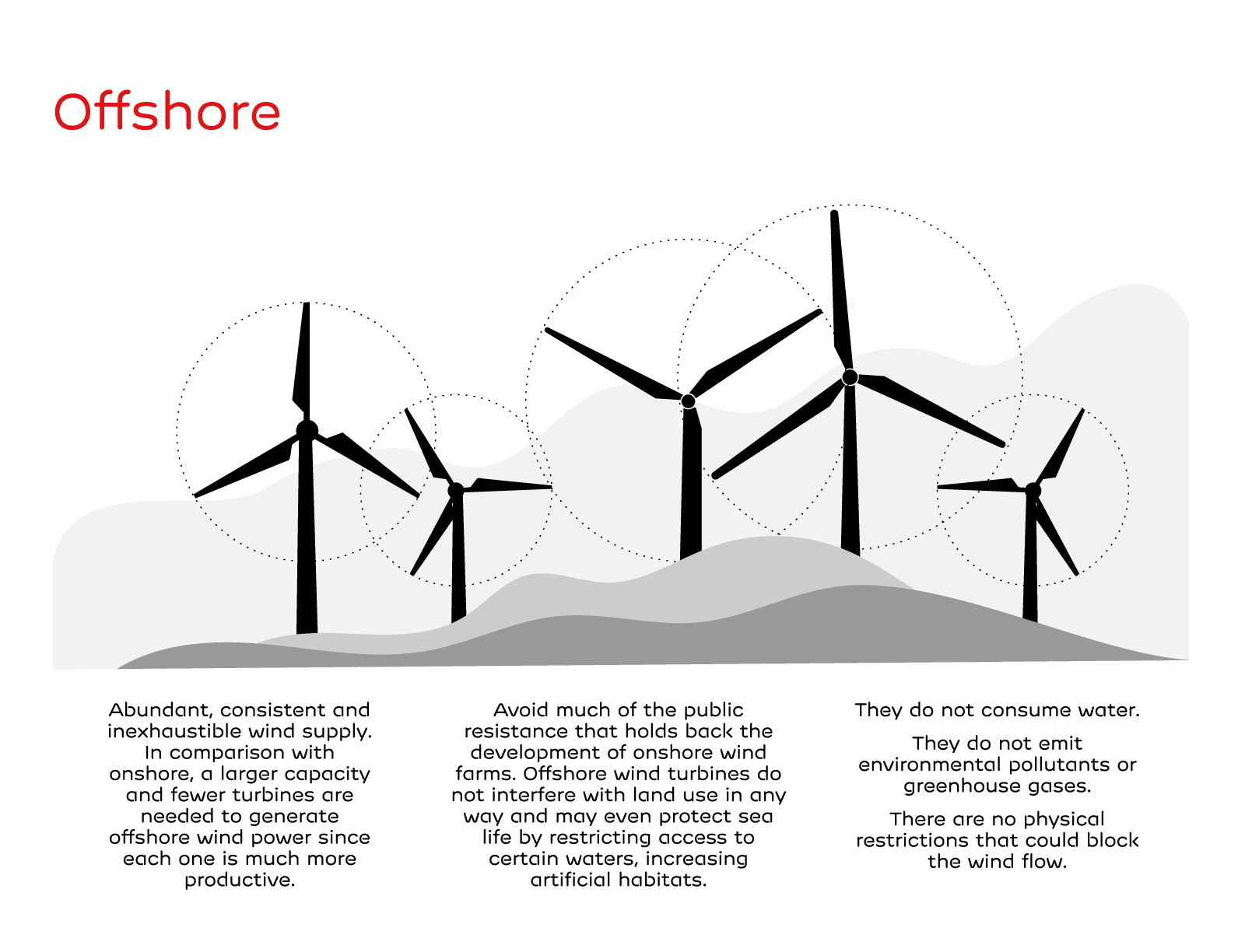